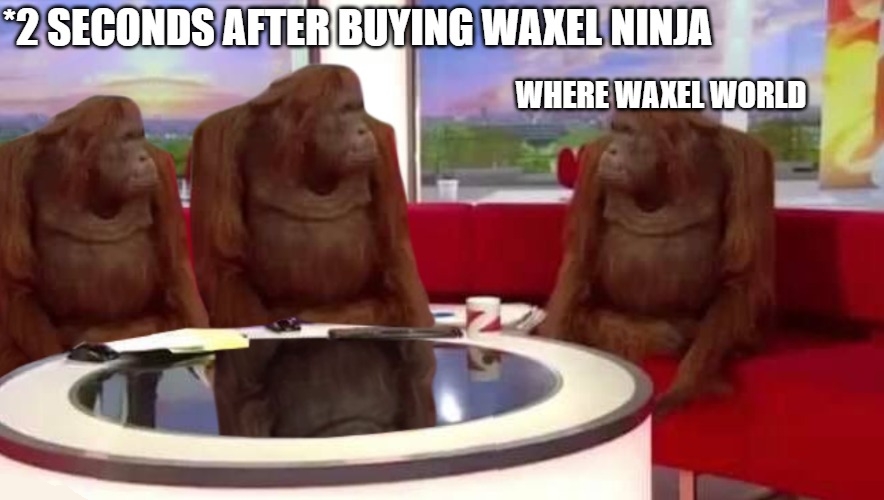 Yesterday we reached over 1,000 Discord members and wanted to celebrate this with the whole community.

Instead of just doing a simple giveaway where you have to click on an emoji in Discord or retweet a tweet, we wanted to make something more engaging.

For this we came up with the idea of making a meme contest where 3 winners will be choosen to win 3 different prizes.

How many winners will there be and how will they be choosen?

What are the prizes?

What is a meme?

“A meme, is an idea, behavior, or style that is spread via the Internet, often through social media platforms and especially for humorous purposes.” (source)

This could be a simple image, a gif, a clip or even a whole video. The more creative and funny, the better.
To create a meme you could for example use this generator.

Here is an example from us:

It went a bit under because of the focus on getting the Waxel World out and our Settlement upgrade NFT drop next week, but we wanted to inform your that we have…

As the release of the Waxel World is nearing, some important NFTs can not be missing for it.We are speaking of the Settlement Upgrade NFTs: Some of you may not know what…