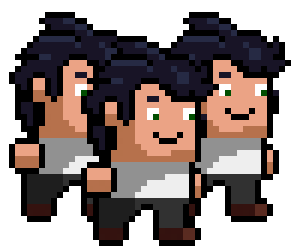 There have already been several discussions in our Discord server regarding the Waxel Ninjas and what the differences will be regarding the time and chance to find citizens based on the race in the Waxel World.

During these discussions we already stated several times that the difference between the races won’t be too high and the time how long a search will take will be multiple hours, not minutes.

After a lot of theory crafting and internal discussions, this is what we think could be good values for finding citizens:

Reasoning behind these values

What you instantly can see is that the difference between a human (common) and up to demon (legendary) is not too big.
Some people might feel that this is unfair if they got lucky enough in getting an elf or demon in one of their pack, but we can guarantee you that a lot of thought went into this. So please read the following lines to understand the reasoning behind these values.

Time to find a citizen:

Chance to find a citizen:

So these are the values we came up with and think that they look promising.
We are eager to hear your opinion and constructive feedback over in our #general channel in Discord.
This is just for the beginning of the Waxel World so we have a starting point. The values can be changed any time. If the community finds a better solution and the majority of it wants to change them, we will consider it and come up with a better solution.

Just one week after the release of Waxel Rush, we are pumping out the first big update to version 1.1.0 including a complete new level! Content including in this update: Please reload…

It is time to show you what we have been working on the past weeks. Our 2nd game “Waxel Rush“, an endless runner / infinite runner with the known Waxel pixel art…

Are you ready for DYGYCON 12 wich will take place at this weekend? We can’t wait to see you at our booth, to play some games, to take part in some giveaways…